The turning points in our lives, to a large extent, decide the direction of our future. 4 years ago, I found myself at a crossroad that changed my life forever. It was one of the most difficult phases as it left me both devastated and ecstatic in equal measure.

For the third time in 8 years, we had relocated, this time to Bangalore. A city that was completely unknown to us. We didn’t have family, friends or acquaintances here. My husband had just changed jobs while I relocated with my old job with a well-known cultural institution. I had offered to resign as the institution didn’t have an office in Bangalore but I was given to believe that they didn’t want to lose me and so I could work out of a sister concern and develop the work there. I was thrilled as it meant that the organisation valued me and my contribution.

But over the next 9 months, life took many a wrong turn.

With no friends and our inability to re-create a similar support system that we had in Mumbai or Gurgaon (where we were based earlier) meant that every evening, we found ourselves returning to an ‘empty’ house.  I say empty as previously, we were always busy meeting, travelling, dining, drinking and partying with friends or select co-workers. Few amongst them some became our soul mates, alter egos, literally.

We had moved to Mumbai within 2 years of our marriage. Before that, we were living with in-laws and so we gladly welcomed this move! For the first time we were on our own and Mumbai, being the magical city that it is, gave us the space to strengthen our relationship and build ‘our home’. We loved it and made friends who meant more to us than family. Interestingly, these same friends relocated to Gurgaon with us, so re-creating the magic there was even easier. Life was good.

But Bangalore was a disaster. It was a move made in a hurry, without much thought. It felt wrong but somehow we convinced ourselves that we could make it work. We failed miserably and it changed us, not only as individuals but as a couple. With nothing to look forward to, suddenly things we overlooked in each other became prominent. Our jobs gave us no satisfaction. For husband adapting to a new industry, new role, and new working culture took its toll. And I struggled to work out of the sister concern, where people found my presence intrusive. Organisational support became hard to come by; I had no team to depend on and was treated like nobody’s child. Suddenly the undeniable truth ‘out of sight, out of mind’ dealt me the hardest blow.

On hindsight, I saw the writing on the wall but failed to accept it. I badly wanted to believe that I was an invaluable employee and therefore indispensable, so I continued to make excuses for the office, my situation, and the work! Soon an organisational restructuring took place. In a last ditch attempt to find out how my professional life was going to pan out I confronted my boss. But what I again failed to see and accept was that my boss was equally unsure about his own job!

By this time we had been married for 10 years and were still childless. We knew we were destined to remain DINKS. A long story but the main point was that we never felt as if we were missing out on anything. Our close friend’s children filled that void. In Bangalore, there was no one. Suddenly I felt I was losing control.

Amidst struggling through sleepless nights and worrying days I was constantly falling sick. I was nauseous and vomited at the sight & smell of food or if I hadn’t eaten for some time. I was sore and felt heavy and lethargic. I was a mess!

Yet again, on hindsight, although I was showing all the physical symptoms I never gave credence to the fact that I just might be pregnant! I feel like a fool now but I actually found out about my pregnancy almost at the end of my first trimester! Who in their right minds, after being childless for 10 years, having gone through numerous unsuccessful medical interventions can believe that they can get pregnant, just like that?!

Two week after finding out that I was pregnant, the office informed me that it made no business sense for them to keep someone working out of a city where they didn’t have an office. I was furious, especially since I had offered to resign months ago, knowing this but they wouldn’t allow me. And now I was being given the very same reason to say that my job had become redundant!

On the other hand, suddenly being pregnant took us by surprise. We were totally unprepared and I had already crossed 40 years which meant that I had to go through numerous tests just to ensure there were no foetal defects. I had no one to share my concerns with. I felt lonely and helpless. I was at a crossroad where I was losing a job which for the longest time was my identity. My reputation was at stake. I was hurt, depressed and angry at the way I was being treated. But, I was even angrier with myself for having allowed this to happen.

Simultaneously, I was overjoyed that I was pregnant. It was a dream come true, however unexpected. But I was equally scared that the baby wouldn’t be normal because of my age, being overweight and family history of diabetes and heart diseases. For weeks, I went through this cycle of joy and happiness, anger and uncertainty. I’ve never been so confused ever.

At that juncture, I had to decide what was more important? My career or motherhood? I was being laid off, should I let go silently without even fighting for myself or being compensated for the same? Then again, this pregnancy was a miracle, how could I refute that? With my back against the wall, I had nowhere to turn. 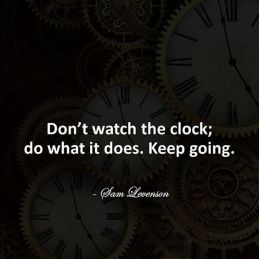 The day I received the medical report confirming the foetus was normal and I was well into my fourth month, we decided to share the happy news with our parents and close friends. That is also the day I decided to take charge of my life, my sanity! I didn’t want to waste time, energy and effort on making things right professionally. I didn’t want to think of the future, simply because I knew I had no control over it. I didn’t know what was in store. All I knew was that the baby was well! The office didn’t matter as I was convinced about my skills and abilities to start afresh. My job didn’t matter as I had enough experience to rebuild a career. Yes, I did learn a lot of lessons, the hard way but for once I wanted to take a stand. My job or office didn’t define me. A culmination and amalgamation of my own life experiences did. I was more than just my job.

Today I’m a full time blogger, an independent consultant, a mental health counsellor and baker. I’ve also been an entrepreneur. Looking back, I think re-prioritising my responsibilities, re-directing my outlook and accepting this new life has been the best decision. If I hadn’t perhaps I would still remain just another employee in an organisation. Breaking out of that mould has helped me explore my capabilities in newer ways. And yes, I’m also a mother to my daughter who has brought us closer as a couple and parents, she’s given new meaning to who I am as a person.

I’m happy and love where I am, right now.

(The article, #Take Charge, sometimes that’s the only way forward was first published in Sheroes on June 15, 2015)

I express myself better in words. This is a space for me to share the different aspects of my work, life and personality. Reflections are the questions that everyday living raises in my head about marriage, relationships, life, situations and family. They’re an attempt on my part to understand how and why certain things happen. Parenting allows the mother in me to express my vulnerability, turmoil, and celebrate my joys and success. It gives me meaning and helps me to be a better mother to my child. The Shorts are an expression of the storyteller in me who’s always looking to explore the unexplored. Content Writing includes commissioned pieces for external clients. Mixed-Up reflects my innermost battles. At best, I give them a voice, however cryptic.